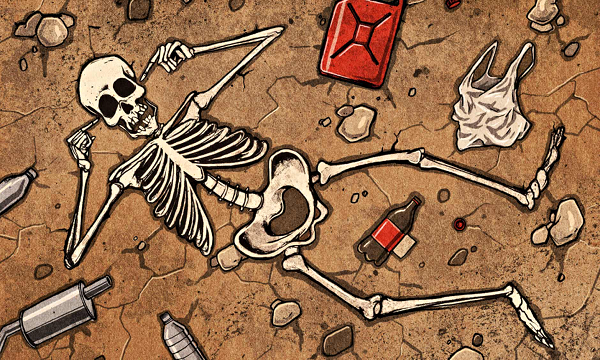 Public doubt about the science is not an accident. People profiting from business-as-usual fossil fuel use are waging a campaign to discredit the science. Their campaign is effective because the profiteers have learned how to manipulate democracies for their advantage.
— James Hansen, director of the NASA Goddard Institute for Space Studies (1981–2013), Cowards in Our Democracies: Part 1 (Jan.2012)

The window for action is closing. With every degree of temperature rise, ~1bn people will be pushed outside the climate niche in which they live and, as we have done for millenia, will migrate.[1]

The 10 Most-Respected Global Warming Skeptics. The media portrays climate scientists as having delivered a final verdict on global warming. They haven't. There remain some holdouts who say this consensus is little more than conformity to a politically correct idea. Perhaps even more surprising is that a few of these global-warming skeptics are actually respected! Joe Weisenthal, Business Insider, Jul.30.2009.
Excellent list of Climate Misinformers (to ~2013), link

You cannot have your cake and eat it too. Deal with it.
— Proverb

Can we afford to tackle Climate Change? (Video) The science of climate change is settled. So now the story is all about politics and economics. Guardian journalists and prominent authors, economists and campaigners, including Larry Elliott and Naomi Klein, explore the finance of keeping fossil fuels in the ground; some options; and a possible solution. The Guardian, Jan.19.2017.

The new UN climate report will contain very bad news. A much-awaited report from the U.N.’s top climate science panel will show an enormous gap between where we are and where we need to be to prevent dangerous levels of warming. Chris Mooney, Brady Dennis, Nuclear News, Oct.03.2018. 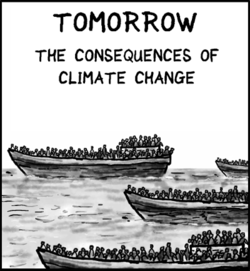 © Chris Madden, 2015. Used with kind permission.
ToDo: This lot needs to be gone through and put it in order, with KISS as the main principle.

World Resources Institute's Climate Watch platform allows you to explore historical and projected emissions, countries' climate targets and their linkages with the United Nations' Sustainable Development Goals. As countries implement their targets and policies and develop more detailed pathways to reduce their emissions, it’s important to fully understand our global emissions picture and how it has changed over time. In early 2017, WRI updated its CAIT Climate Data Explorer, on the world’s top greenhouse gas-emitting countries with the latest global data available (2013).[2]

Spoiler: your govt lies to you. See also