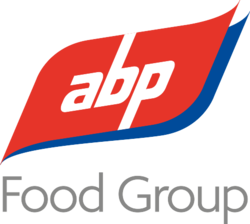 ABP Food Group (Anglo Beef Processors) is a privately-owned food processor, operating across 9 countries.ref It processes, produces, and exports beef and meat products. The company specialises in beef processing, de-boning, and retail packing; supplies frozen beef, lamb, and pork burgers; grill steaks and mince products; and a range of meat-free vegetable soya based products. It also distributes cooking oils to the catering trade in the UK; collects, recovers, and treats used cooking oil and food waste from food processing and food retailing industry, and converts it into renewable biofuels in the UK and Ireland. In addition, the company produces and supplies a range of pet food products in pouch, aluminium/plastic trays, canned, and dry formats.

Property: the group also has a valuable property portfolio which includes the Miesian Centre on Baggot Street, part of which is rented by the State for about €10m a year, and the Setanta Centre on Nassau Street, for which they have a €100m redevelopment plan. The group also has an interest in the Irish healthcare sector, with shareholdings in the Blackrock Clinic, the Galway Clinic, and the Hermitage Clinic, in Lucan, Dublin.Jun.2019

Laurence Goodman was ranked as Ireland's 21st billionaire by Forbes in 2019.ref The Goodman family's assets are controlled by one or more entities in Liechtenstein, via a complex web of Irish and international companies. Goodman has fought bitterly to resist attempts to pry into the details of the group's ownership structure and its beneficiaries.Jun.2019,Mar.2019,