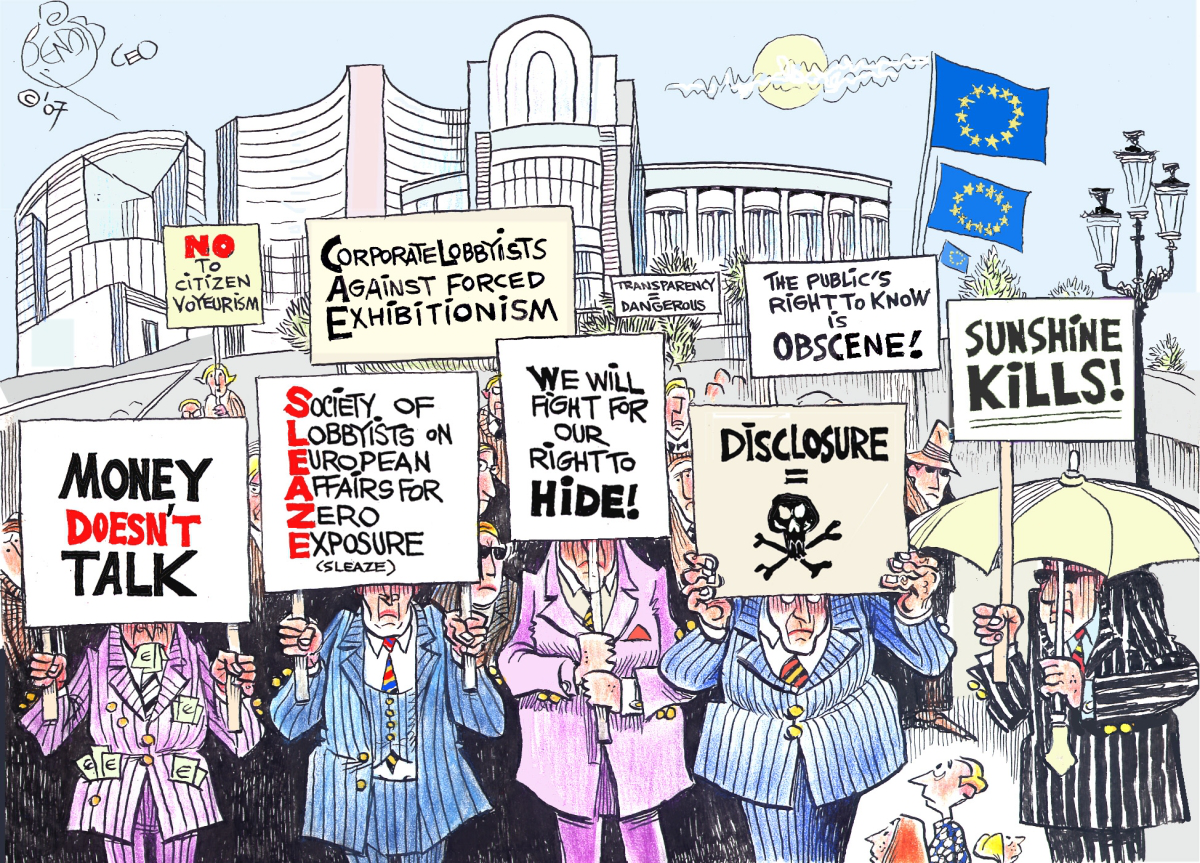 Should we do a "Transparency Policy" page, showing the govts' disinclination to push this?

Why Transparency Matters, see Publish What You Fund who have an article on this. Bottom line: Transparency is the foundation of Trust.

The vision in which international competitiveness is the primary objective and industry is seen as the natural primary stakeholder, is fundamentally at odds with democratic concepts, where decision-making is shaped and controlled by citizens and elected representatives. Corporate Europe Observatory

The Society of European Affairs Professionals (SEAP) says it aims to "represent all those individuals active in European affairs" http://www.seap.eu.org/html/about.html

Land ownership in England & Wales is already incredibly opaque. The government only released this INSPIRE data because of a European directive, which it tried to oppose. Does anyone seriously imagine that transparency over land in Britain will increase after privatisation? ref