From WikiCorporates
(Redirected from Circle)
Jump to navigation Jump to search 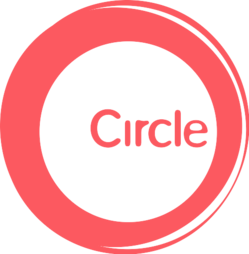 Circle Health is a healthcare company, headquartered in London. It was co-founded in 2004 by ex-investment banker Ali Parsa and consultant ophthalmologist Massoud Fouladi to take advantage of the healthcare reforms of the Health and Social Care Act 2012.ref

It has hospitals near Bath and Reading, and an NHS Treatment Centre in Nottingham.

In November 2011, it was awarded a contract to run Hinchingbrooke Hospital as a National Health Service hospital franchised to an independent provider, and began the contract in Feb.2012.[1][2]

Circle's hospitals, CircleReading and CircleBath, also provide NHS care under the NHS Choose and Book scheme. Since the Health and Social Care Act 2012 came into force in Apr.2013, Circle has been the biggest private sector winner from the 195 contracts awarded, with 2 contracts together worth £285.9m.ref

Circle operates under a partnership model, where all employees are co-owners in the business.[3] However, employees have little effective voice, as private shareholders control the company. Circle Health § Employee owned?