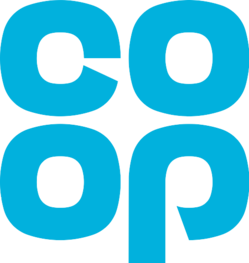 The Co-op is one of the world’s largest consumer co-operatives, owned by 4.6m active UK members. The Co-op operates 3,750 outlets, with an annual turnover of over £9bn.
Home to the UK’s leading funeral provider, Co-op Funeralcare conducts almost 100,000 funerals annually across over 1,000 funeral homes. Combined with its leading legal services business, the Co-op is also a national provider of later life products and services ranging from funeral plans, through to wills and probate.

The Co-op holds the Fair Tax Mark, and states that it "does not and will not use tax havens for tax avoidance purposes and we do not use artificial tax avoidance schemes to reduce the Co-op’s tax liabilities".[1]

, Finder
Website, Reports
Co-op Funeralcare operates 1,049 funeral homes and is the largest funeral director in the UK, conducting almost 100,000 funerals every year.[2][3] In addition to its funeral home operations, the business also operates repatriation services; crematoria and cemeteries; woodland burial grounds; a memorial masonry manufacturing facility and a coffin factory and workshop. Customers can earn a share of the profits in proportion to patronage through the Co-op Membership scheme.

Co-op Funeralcare is a member of the National Association of Funeral Directors and is registered with the Funeral Planning Authority.