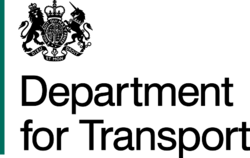 ToDo: The Maritime and Coastguard Agency belongs in here

The DVSA carries out driving tests, approves people to be driving instructors and MOT testers, carries out tests to ensure lorries and buses are safe to drive, carries out roadside checks on drivers and vehicles, and monitors vehicle recalls.ref

The DVLA is responsible for maintaining a database of drivers in Great Britain and a database of vehicles for the entire UK. Its counterpart for drivers in Northern Ireland is the Driver and Vehicle Agency (DVA). The agency issues driving licences, organises collection of vehicle excise duty (also known as road tax and road fund licence) and sells personalised registrations. The DVLA administers the Government Databases § Vehicle Register database.

Transport Focus is a watchdog for transport passengers and road users in the UK, based in London and Manchester. It was known as Passenger Focus until Mar.2015.
Passengers on: Rail (UK); Bus and Tram (England); Coaches (England). Users of the Motorways and certain A roads (England) - the Strategic Road Network - incl. motorists, freight and business users, pedestrians, cyclists ref.
Advice on Making Complaints: https://www.transportfocus.org.uk/advice-and-complaints/faq/complaints/
Bus, Rail and Road Annual Surveys: https://www.transportfocus.org.uk/research-publications/

Formerly, Eurostar trains had to run at a maximum of 160 km/h (100 mph) between London Waterloo and the Channel Tunnel.[1] These tracks were shared with local traffic, limiting the number of services that could be run, and jeopardising reliability.[2] The case for a high-speed line similar to the continental part of the route was recognised by policymakers,[3] and the construction of the line was authorised by Parliament with the Channel Tunnel Rail Link Act 1996, amended by the Channel Tunnel Rail Link (Supplementary Provisions) Act 2008.

is a planned high-speed railway, with its first phase under construction and future stages awaiting approval. On completion, the railway will link London, Birmingham, Manchester and Leeds with a new "Y"-shaped network of track with a design speed of 360 km/h (225 mph).
See main article: High Speed 2

ToDo: Department of the Environment, Transport and the Regions (DETR)
Retrieved from ‘https://www.wikicorporates.org/mediawiki/index.php?title=Department_for_Transport&oldid=68361’
Categories: