Department for Work and Pensions

The DWP has 4 operational organisations:

Find information and advice about work-related health, safety and illness from the independent regulator, HSE. The HSE is responsible for the encouragement, regulation and enforcement of workplace health, safety and welfare, and for research into occupational risks in Great Britain. The HSE's states its mission as "to prevent death, injury and ill health in Great Britain’s workplaces.".ref

Sometimes referred to as the Chemicals Regulation Directorate. Responsible for the regulation of biocides, pesticides, detergents, chemicals covered by REACH, and for compliance with the Classification, Labelling and Packaging (CLP) Regulation.ref. Our primary aim is to ensure the safe use of biocides, industrial chemicals, pesticides and detergents to protect the health of people and the environment within the § HSE’s and DEFRA’s overall objectives.ref

TPAS is a non-departmental public body[1] and independent non-profit company limited by guarantee which provides free information, advice and guidance on state, company and individual pension schemes. Additionally they help any member of the public who has a problem, complaint or dispute with their occupational or private pension arrangement. [2][3] The organisation is grant-aided by the Department for Work and Pensions. [3] The service is provided by a nationwide network of volunteer advisers with the required knowledge and experience who are supported and augmented by a technical and administrative staff based in London. [3]

The ONR is responsible for regulating safety and security at nuclear licensed sites across the UK. It is funded by charging fees to the nuclear industry. The ONR also has responsibility for assessing safety and accident response systems at Ministry of Defence sites ref. The ONR undertakes the following activities: 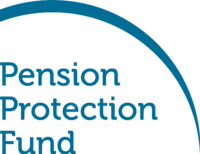 The Pension Protection Fund is a statutory "lifeboat" fund, established to provide compensation to members of eligible defined benefit pension schemes, should their employer's pension fund become insolvent. The PPF commenced life in Apr.2005 in response to public concern that when an employer's defined benefit pension scheme became insolvent, scheme members could lose some or all of their pension in cases where the scheme was underfunded. Additionally, the govt hoped that its existence would improve public confidence in pension schemes generally. However, it is seen by some as a dumping ground for tycoons avoiding their liabilities.ref

Eligible firms who have a final salary pension scheme must be a member of the PPF, and pay it a compulsory levy.ref Retired scheme members will generally receive 100% compension; those not yet retired will receive up to 90% on reaching compensation age - but the levels are subject to a cap, recalculated every year.ref,ref

The Board of the PPF is a statutory tax haven corporation responsible for managing the Fund and for making payments to members, established under Section 107, Pensions Act 2004. The Board invests in the public equity, fixed income, and alternative investment markets across the globe. For its alternative investments, the firm invests in property, private equity, sub-investment grade debt, infrastructure, farmland, timberland, and funds aiming to achieve an absolute return.


Investments are primarily outsourced to external fund managers, although it does have in-house team of investment professionals. The Annual Reports do not disclose who these external firms are.AR-2018, p.107 The Board's subsidiaries are: