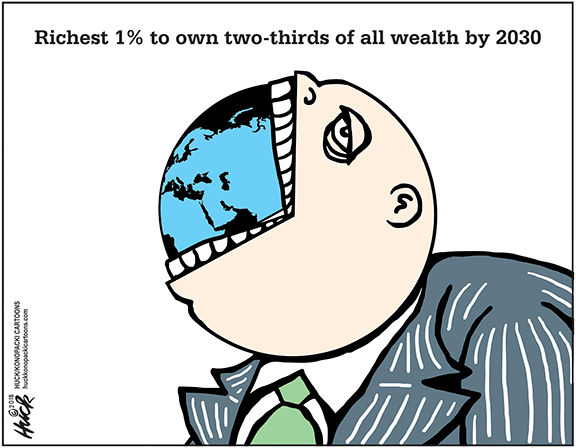 Myth: Cutting taxes for the rich trickles down and spurs economic growth.
Reality: This stubborn myth, made famous by Arthur Laffer in the 1980s, gets repeatedly almost daily. The Congressional Research Service

looked at every tax cut over the past 65 years and found zero correlation between tax cuts and economic growth. Instead, they found that cutting taxes for the rich makes the rich richer. The Institute on Taxation and Economic Policy

Excessive CEO / Banker remuneration is, quite simply, theft from the taxpayer, theft from the shareholders, theft from bank investors and customers - and deeply immoral. Self-serving Mark Littlewood from the Institute of Economic Affairs, apologist for this shameless greed, advances his "arguments". YouTube, https://www.youtube.com/watch?v=XvRMmkglor0. Feb.2012