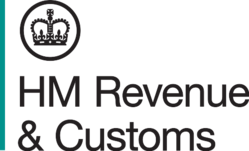 Her Majesty's Revenue and Customs (HMRC) is a non-ministerial govt department, responsible for the collection of taxes, the payment of some forms of state support and the administration of other regulatory regimes including the national minimum wage.

Tax Loopholes: For reasons known best to itself, HMRC has chosen, on numerous occasions, not to close tax loopholes. These decisions cost the taxpayer £billions each year, benefiting foreign owners.[1]

The Valuation Office Agency provides valuations and property advice to support taxation and benefits to the govt and local authorities in England, Scotland and Wales. It also provides valuation and surveying services to public sector bodies.

The Adjudicator's Office provides reviews of complaints about HMRC and the Valuation Office Agencym and considers if they have applied their standards, guidance and codes of practice fairly and consistently.