WalMart is an American multinational distribution group that operates supermarkets, hypermarkets, discount department stores, and eCommerce websites. The group has 11,300+ stores under 58 banners in 27 countries, plus its eCommerce websites.ref
The business is majority-owned by the Walton family

, with founder Sam Walton's heirs owning over 50% of Walmart through their holding company Walton Enterprises LLC, and through their individual holdings.

Sales are reported in two segments:2019

InfluenceMap  C+[3]
Walmart is lobbying US climate change policy with some positive engagement. However, Walmart’s CEO Doug McMillon is on the board of directors of the Business Roundtable - but is also a member of Advanced Energy Economy. 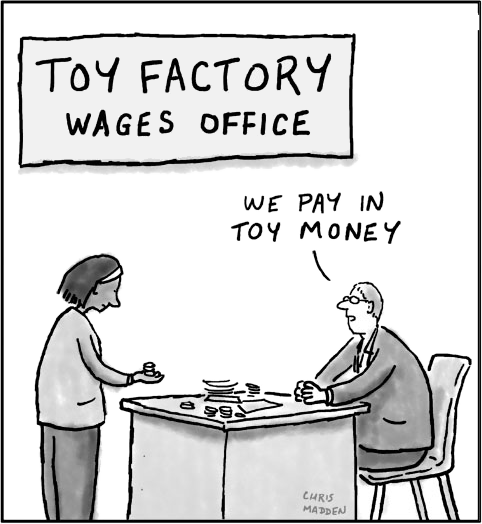 Worker Exploitation: Walmart has actively lobbied against increasing wages, against unions, and donated huge sums to Republicans who supported changes to public employee pensions and prison sentences, and increasing tax cuts for the wealthy.ref The Waltons are the richest family in the USA, worth $130bn, but refuse paid sick leave to ~347,000 workers.[4]

Tax Policy: Walmart maintains six entities in the Netherlands through which it funnels funds - where it does not operate, because it cannot comply with Dutch employment and other legislation and still make a profit; neither can it use its brand power to put pressure on the supplier or distribution partners.

Govt Subsidies: a report from the non-partisan, progressive group Americans for Tax Fairness estimates that Walmart and the Walton family collectively profit from ~$7.8bn per year in federal subsidies and tax breaks. The $7.8bn included ~$6.2bn in taxpayer-funded public assistance for low-wage Walmart employees, with programs like food stamps, subsidised housing, and Medicaid. It also includes ~$70m per year in “economic development subsidies” from state and legal govts eager to host Walmart in their cities.ref,ref

waltonfamilyfoundation.org
The Walton Foundation is an estate tax avoidance tool. 99% of the Foundation’s contributions since 2008 have been channeled through 21 Charitable Lead Annuity Trusts, which are specifically designed to help ultra-wealthy families avoid estate and gift taxes.ref,ref,ref The money put into the trusts is ostensibly for charity but, if the assets appreciate substantially over the years, the trusts can pass money tax-free to heirs.ref

Additionally, "tax reforms" by successive US presidents between 2001-2018 have resulted in the Walmart family netting ~$1.1m every day, totalling over $6.5bn in dividend income tax savings.ref, ref

Walton Enterprises LLC is the business responsible for managing the Walton family’s mega-fortune.