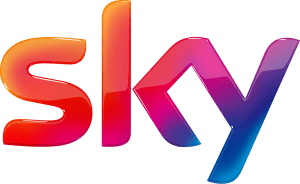 pay-TV scrambling system owned by Cisco Videoscape, a subsidiary of Cisco Systems Inc. There are tight controls over use of VideoGuard decoders; they are not available as stand-alone DVB Conditional-Access Modules.
Sky maintains an electronic programme guide (EPG) which provides information about upcoming programmes and a list of channels. Sky has no veto over the presence of channels on their EPG, with open access being an enforced part of their operating licence from OfCom.

The merger was met with resistance from the television regulators, an issue again subverted by plans to broadcast the new BSkyB from the Astra satellite group - and later mooted altogether by a redrafting of the British Broadcasting Act.

Consumers had been reluctant to commit to satellite dish purchases at £650 per unit, before a standard was reached between the two competing - and incompatible - satellite receiver systems. Both BSB and Sky Television had haemorrhaged money, but Murdoch's banks had exerted huge pressure.

By law, broadcast television was restricted to just 4 channels: the 2 license-fee backed BBC channels, and 2 advertiser-supported channels, ITV and Channel 4. Cable television didn't exist in the UK; the cable infrastructure was only completed toward the mid-1990s.