From WikiCorporates
(Redirected from Shell)
Jump to navigation Jump to search 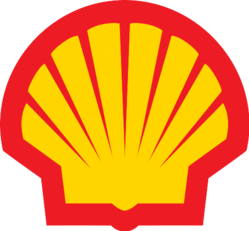 Royal Dutch Shell specialises in oil and natural gas production and distribution. The company sells its products in Asia-Oceania-Africa (37.6%), Europe (33%), USA (21.9%) and the Americas (7.5%). Net sales are:

Shell Energy Retail does not supply renewable energy. What it really does is sell you normal fossil-fuel-generated energy from the North Sea and/or imports, and then buys Renewable Energy Certificates, which are a form of "energy currency". A Certificate enables a supplier to offset fossil fuels by someone, somewhere else in the world, who generates truly renewable energy from sources like wind, solar and biomass.

Integrated Gas manages LNG activities and the conversion of natural gas into GTL fuels and other products. It includes natural gas exploration and extraction, when contractually linked to the production and transportation of LNG, and the operation of the upstream and midstream infrastructure necessary to deliver gas to market. It markets and trades natural gas, LNG, crude oil, electricity and carbon-emission rights, and also markets and sells LNG as a fuel for heavy-duty vehicles and marine vessels.

Created in 2016 to explore lower-carbon energy opportunities with clear commercial value. We are exploring emerging opportunities and are already investing in opportunities where we believe sufficient commercial value is available. We focus on new fuels for transport, such as advanced biofuels, hydrogen and charging for battery-electric vehicles; and power, including from low-carbon sources such as wind and solar as well as natural gas.

New Energies pursues two main areas of opportunities: new fuels for transport, such as advanced biofuels, hydrogen, and charging for battery-electric vehicles; and power, including from low-carbon sources such as wind and solar as well as natural gas. Digital technologies complement our activities in both new fuels and power. The New Energies portfolio is largely being built through acquiring established companies or through start-up companies.
New Fuels: Biofuels, Hydrogen electric as a transport fuel.
Power: In the Netherlands, we have an interest in the consortium that was awarded the concession by the Dutch government in December 2016 to develop the Borssele III and IV offshore wind farm projects, which are to be located 20 kilometres off the Dutch coast. In January 2018, Partners Group signed an agreement to join the projects, diluting our interest in the consortium from 40% to 20%. Also in the Netherlands, we have a 50% interest in the Noordzeewind joint venture with Nuon, which has been set up for the development, construction and management of the Egmond aan Zee offshore wind farm. The farm comprises 36 wind turbines, each with a capacity of 3 MW.

The Upstream organisation covers 3 strategic themes. It manages the exploration for and extraction of crude oil, natural gas and natural gas liquids. It also markets and transports oil and gas, and operates the infrastructure necessary to deliver them to market.

Manages different Oil Products and Chemicals activities as part of an integrated value chain, including trading activities, that turns crude oil and other feedstocks into a range of products which are moved and marketed around the world for domestic, industrial and transport use. The products we sell include gasoline, diesel, heating oil, aviation fuel, marine fuel, biofuel, lubricants, bitumen and sulphur. In addition, we produce and sell petrochemicals for industrial use worldwide. Our Downstream organisation also manages Oil Sands activities (the extraction of bitumen from mined oil sands and its conversion into synthetic crude oil).

Manages the delivery of our major projects and drives research and innovation to develop new technology solutions.

Shell Energy Europe provides business customers with advanced and high value solutions for energy assets and commodities, including natural gas, power and environmental products, across a broad range of European markets. As part of the global network of Shell Trading, we are active across all stages of the energy value chain from production, transport and storage to trading, sales and customer service. Webpage