From WikiCorporates
(Redirected from BP)
Jump to navigation Jump to search 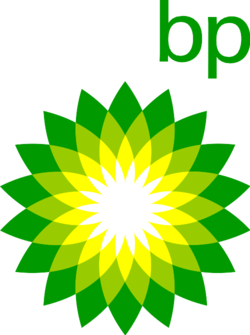 BP is one of the world's leading oil groups. Net sales:

BP touts its Green Credentials, but in fact its investments in solar power and electric cars are only a drop in the ocean of its hydrocarbon-dominated $15bn-$16bn spending (2018). BP plans to deliver 25% more oil and gas by 2021.ref, p.9
In Feb.2019, CEO Bob Dudley said that hydrocarbons would remain the core of BP’s business. Profits for 2017 rose by 139%.ref

Tax Policy: A tax haven for shareholders, but not only: a trade paradise for a few, Facts Central. Lord Browne

Who really pays for BP’s arts sponsorship? Taxpayers. Each year, the govt hands over £200m of public money to BP in the form of tax breaks and subsidies. BP pockets 99%, and uses the remaining £2m in a not-so-subtle attempt to buy social license. The company uses its "generous" gesture to position itself as a good corporate citizen in spite of its central role in worsening climate change. Greg Muttitt, Oil Change International, May.12.2017.

By the 1960s, BP had developed a reputation for taking on the riskiest ventures. It earned the company massive profits; it also earned them the worst safety record in the industry. In response to negative press in 2001 on its poor safety standards, BP adopted a green sunburst logo and rebranded itself as BP ("Beyond Petroleum") plc.
2018 invesment: renewables = $0.5bn; hydrocarbons = $15bn-$16bn. ref, p.9

The rebranding to "Beyond Petroleum" in 2001 was most certainly greenwashing. BP has since cut its alternative energy investments significantly. It’s really moving more aggressively into oil, where they can make the most money. The real reason they want us to think they are green is so that we will think of them in warm and fuzzy ways, and not pressure elected officials to take a heavy-handed regulatory approach.[14]