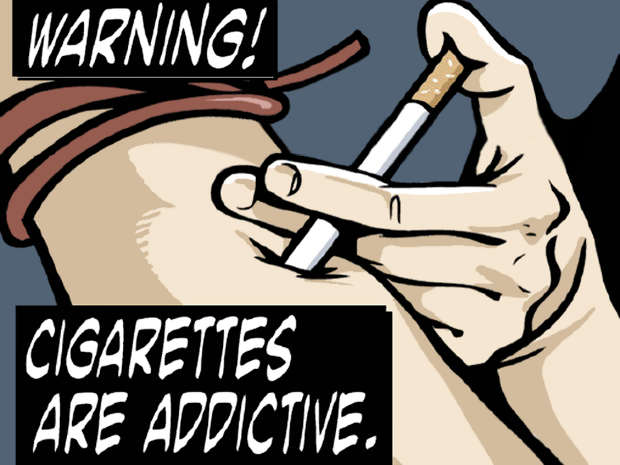 Tobacco is a global industry; despite a sharp decline in official support for manufacturers since 1964, ~6 trillion cigarettes are still produced each year - a ~13% increase since 2005 (2018 figures are here).

Since 1964, conclusive medical evidence of the deadly effects of tobacco consumption has led to a sharp decline in official support for producers and manufacturers of tobacco, although it contributes to the agricultural, fiscal, manufacturing, and exporting sectors of the economy. Despite laws around the world now often having some restrictions on smoking, the number of cigarettes produced each year is constantly rising.[2]

Extensive mergers and acquisitions in the 1990s and 2000s have led to 5 firms dominating world markets:ref

In the UK, the USA, Canada, etc, govts have supported the Tobacco Industry since before 1906. Documents from the Canadian Blais and Letourneau trials shed light on inside machinations usually concealed from the public gaze. From the early 1960s, research showing causal links between smoking and cancer was wilfully ignored, until the rapidly increasing rate of lung cancer became too obvious to be ignored. Subsequently, govts have simultaneously maintained policies of anti-smoking and pro-tobacco growing, with ludicrous tinkering around the edges such as tar reduction by varying cultivation and curing techniques - meanwhile, allowing advertising a completely free rein. The tobacco industry has been in agreement with tar reduction, but extremely resistant to reducing nicotine levels. Long-lived addicts are way more profitable. Beginning in the 1970s, new cultivars with very high levels of nicotine were developed by, amongst others, Brown & Williamson, Rothmans International - with public funds.ref

Taxation: The failure of the UK to tax adequately tobacco company profits,