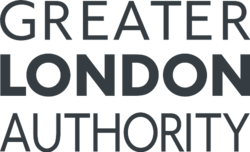 The GLA is a strategic regional authority, with powers over transport, policing, economic development, and fire and emergency planning. Three functional bodies — § Transport for London, the § Mayor's Office for Policing and Crime, and the § London Fire Commissioner — are responsible for delivery of services in these areas. The planning policies of the Mayor of London are detailed in a statutory London Plan that is regularly updated and published.

The GLA is mostly funded by direct govt grant, and is also a precepting authority, with some money collected with local Council Tax. The GLA is unique in the Local Government system in terms of structure, elections and selection of powers. The authority was established to replace a range of joint boards and quangos and provided an elected upper tier of local govt in London for the first time since the abolition of the § Greater London Council in 1986.

Responsible for delivery of economic development. The planning policies of the Mayor of London are detailed in a statutory London Plan that is regularly updated and published.

Mayor's Office for Policing and Crime

Responsible for delivery of policing services.

The London Assembly is an elected body, part of the Greater London Authority, that scrutinises the activities of the Mayor of London and has the power, with a two-thirds majority, to amend the Mayor's annual budget and to reject the Mayor's draft statutory strategies. London Assembly

The London boroughs are 32 of the 33 local authority districts of the Greater London administrative area (the 33rd is the City of London) and are each governed by a London borough council.

tfl.gov.uk
Transport for London is a local govt body responsible for the transport system in Greater London, England.[1]

TfL has responsibility for London's network of principal road routes, for various rail networks including the London Underground, London Overground, Docklands Light Railway and TfL Rail. It does not control National Rail services in London, however. But does for London's trams, buses and taxis, for cycling provision, and for river services. The underlying services are provided by a mixture of wholly owned subsidiary companies (principally London Underground), by private sector franchisees (the remaining rail services, trams and most buses) and by licensees (some buses, taxis and river services). TfL is also responsible, jointly with the national Department for Transport (DfT), for commissioning the construction of the new Crossrail line, and will be responsible for franchising its operation once completed.[3]
In 2015–16, TfL had a budget of £11.5 bn, 40% of which comes from fares. The rest comes from govt funding (23%), borrowing (20%), Congestion Charge and other income (9%) and Crossrail funding (8%).ref (WP)

crossrail.co.uk
Crossrail Ltd was established in 2001 to build the new railway through central London that will eventually be called the Elizabeth line. It is a wholly-owned subsidiary of Transport for London (TfL) and is jointly sponsored by TfL and the Department for Transport. Once the railway is complete, it will be run by TfL as part of London’s integrated transport network.
Cost:~£19bn

Responsible for delivery of fire and emergency planning services.

Metropolitan Board of Works 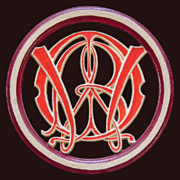 Metropolitan Board of Works