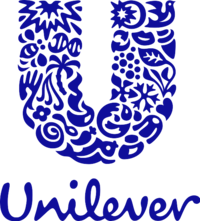 Unilever is a British-Dutch trans-national consumer goods company, with headquarters in both London (Unilever plc) and Rotterdam (Unilever NV); the companies operate as a single business. The company's products, available in ~190 countries, include food and beverages, cleaning agents, beauty and personal care products.
Unilever operates through 4 main divisions:[3]

InfluenceMap  A-
Nestle appears to be actively and positively lobbying climate and energy policies worldwide. However, CEO Paul Bulcke is a member of both the European Round Table of Industrialists and the International Chamber of Commerce, which lobby against climate change regulation.

Alberto-Culver was a manufacturer of personal care and household products including Simple, VO5, Nexxus, TRESemmé, St Ives, amongst others. After being acquired by Unilever in Sept.2010, and the required reduction in American brands, Unilever closed the former Alberto Culver plant in 2013, laying off 600 workers.
ToDo: link, link, Our Story.arch (2001), History.arch (2007), Website.arch, Products.arch (2007), link, link

Oxoid moved to its own facilities in Basingstoke. Oxoid was purchased by Unilever and joined their Medical Products group as Unipath. 1997, Oxoid became independent through management buy-out and in 2000, PPMVentures, a subsidiary of Prudential Plc, bought a majority stake. 2004, Oxoid Ltd was purchased by Fisher Scientific with the Oxoid board of directors sharing £30 million in cash and company shares. November 2006, folowing the merger of Fisher Scientific with Thermo Electron Corporation, Oxoid Ltd (along with Remel Inc) became the Microbiology Division of Thermo Fisher Scientific.

Fray Bentos corned beef was targeted at a working-class market.[1] The tins were also ideally suited as army rations as they weighed just one pound and were easily transportable.[9] With the outbreak of the Boer War, the company's profits were significantly boosted from supplying corned beef to the British Army in South Africa.[9] Fray Bentos corned beef was also supplied to the troops in World War I.[11] Its popularity was such that the term "Fray Bentos" was used as slang by soldiers to mean "good".[1]