From WikiCorporates
(Redirected from Fracking)
Jump to navigation Jump to search 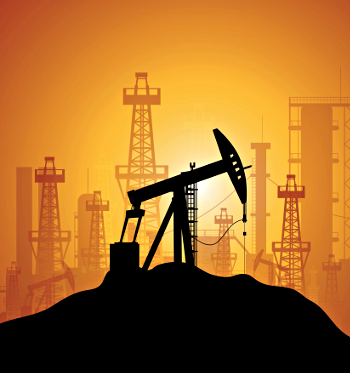 Unconventional gas is an umbrella term covering different types of natural gas, such as: shale gas, coal-bed methane, methane clathrate, underground coal gasification, tight gas, and so on. What unites them all is their tie to the depletion of fossil fuels,[1] which makes previously uneconomic methods of extraction become profitable - which is where fracking enters the picture.[2]

Fracking is not about "keeping the lights on"; nor is it about a "gentle transition to renewables". It is purely and simply about busine$$. The Fossil Fuel Industry is completely invested in fossils as a resource and, as their current efforts to develop methods of extracting methane clathrate show, have no intention of changing their ways. Fracking is not a solution to our energy problems - it is a taxpayer-funded income stream for the fossil fuel industry as depletion cuts into their conventional activities. The economics have been shown not to stand up to scrutiny ref

Govt Subsidies: Fracking would not be happening without govt subsidies. Amber Rudd's declaration of there being "no magic money tree" for clean energy does not apply to the fossil fuel industry, which receives £billions of annual subsidies.[3] Drax's recent application to replace its coal-burning plants with high CO2-emitting gas-powered alternatives[4] demands govt subsidies to support the project - which will incentivise fracking, and lock us into a high carbon future. A sweet, closed loop of taxpayer-funded fossil fuel industries.

Clean Energy: There is nothing "clean" about shale gas. Compared to coal, shale's GHG footprint is at least 20% greater and perhaps more than twice as great on the 20-year horizon, and is comparable when compared over 100 years.ref, ref

Energy Prices: Long-term data in the USA shows no evidence of unconventional gas leading to any decrease in prices - quite the opposite, they have increased.[5] Cameron's claims that fracking would cut energy bills were dismissed as "baseless" by world-renowned economist Lord Stern, and even Lord Browne (former chairman of Cuadrilla) said that shale gas would not have a material impact on gas prices.[6]
What we do now know is that the "dash for gas" in the USA was manufactured by the industry and their Wall Street pals, and that stated reserves were based on exceedingly optimistic forecasts,[7] which ongoing analysis of well production data is showing to have been fallacious.[8] In the UK, the shale gas lobby has used biased data when besieging govt officials.[9]

Energy Independence: The UK squandered its oil and gas reserves by buying into the Ponzi scheme of "Eternal Economic Growth". We live in a closed system - once a resource is gone, it's gone forever. Shale gas won't solve our energy problems: at best, it's a sticking-plaster for 20-30 years; at worst, it won't even do that, but will contamine land, generate toxic waste and exacerbate air polltion.

Malfeasance: Fracking is a political and economic project, made to promote the ideology of a set of people who hold economic and political power. The politicans involved have committed an enormous breach of the public trust; and that negligence is causing huge damage to society through their failure to implement truly sustainable energy and economic policies. They chose to believe the distortions and fabrications of fracking's promoters because they were more reassuring than the reality. They should have been asking basic questions about costs, impacts and benfits – and demanding the production of real and quantified data, rather than the blue-sky fantasies of those who would have us believe that there are no "limits to growth".
If the govt deliberately refuses to consider objective evidence on the impacts of fracking, then they are not going to change policy no matter how much evidence we give them. Fracking fits an ideological purpose; it needs no objective evidence to support it.
The question is: "What are you going to do about it?" And if not now, then when?

Fact Sheet E11: Fracking and Coalbed Methane in the UK, Oct.2011. Excellent description of the whole process, from licensing rounds to extraction.
Fact Sheet A1: Do Something!, Mar.2012

Why is the govt trying to bring an unpopular, environmentally destructive and financially risky industry to the UK?[6] The short answer: speculation.

Ineos secretly lobbied George Osborne in 2013 to convince him to back fracking – and to cut workers' pensions, and curb unions' ability to strike.
While Amber Rudd was Energy secretary, her advisor took cash payments from a company which seeks to profit from fracking. George Osborne provided the biggest tax breaks in the world to the Fracking industry while David Cameron's head strategist was representing fracking companies with subsidiaries in the UK. The All Party Parliamentary Group on Unconventional Oil and Gas is also almost entirely funded by companies with interests in fracking. Many of the key environmental protections and directives which campaigners have relied on to stop fracking in the UK are also at risk of being discarded of once the UK leaves the EU, and INEOS has already been lobbying govt to exempt the chemicals sector from green taxes after Brexit.
Fracking investments in the UK represent an increasingly financialised and unsustainable accumulation model dependent on continuous capital flows. A significant amount of misinformation and hype was necessary to make sure investors and the media jumped on the fracking bandwagon, but cracks are already starting to show. While it was originally claimed that over 4,000 wells would be drilled by 2035, a secret unreleased govt report from 2016 said that the number would only be 155 by 2025, meaning the number of jobs to be created were purposefully exaggerated to fuel the fracking "hype" in the UK.
Third Energy have shown losses of £3.8m and debts of over £50m. Fracking firms are struggling to get funding from banks, and Energy secretary Greg Clark is now withholding consent for Third Energy to frack on the grounds that their finances are not up to scratch.
Shale gas companies have abandoned their fracking plans in Poland, Denmark and Romania after disappointing returns, low yields and popular resistance. Fracking has been halted or banned from Scotland to France and Germany. England is one of the few places left where fracking companies are still trying to get a hold in Europe, but already this year 7 of 8 applications to carry out exploratory drilling have been rejected by local councils.
Fracking means putting local communities and the climate at risk so a tiny minority can profit from financial speculation. A greener economy is not just environmentally more sustainable but also socially, as opposing fossil fuels is intrinsically an issue about power relations and demanding a more just economic system which serves people and the planet.

Cite error: <ref> tag with name "guardian-2018.10.15" defined in <references> is not used in prior text.
Retrieved from ‘https://www.wikicorporates.org/mediawiki/index.php?title=Fracking_Industry&oldid=67653’
Categories: