“...I want us to be the first Government in modern history to leave office having reduced the overall burden of regulation, rather than increasing it."

Around David Cameron there are a group of special advisers with connections to both fossil fuel interests, and the public relations companies who front those interests on their behalf. For example, consider the Prime Minister's special adviser (SPAD) on energy:

On the basis of these appointments, it would appear that one of the requirements of being the Prime Minister's special adviser on energy and climate requires that the person's corporate alma mater must have a stake in Britain's leading fracking company. Other ministers also have closer links to the industry. George Osborne's father-in-law is Lord Howell, former energy minister in the Thatcher government, recently retired minister at the Foreign Office where he promoted British energy interests, and wrote the then Foreign Secretary William Hague's speeches on energy policy. More importantly, Lord Howell has extensive links to all sectors of the energy industry through his presidency of the British Institute for Energy Economics, and connections with other energy policy interests – such his chairmanship of the Windsor Energy Group, which specifically advertises itself as a body which, “bridges between the public and the private sectors”. more ref, p.37 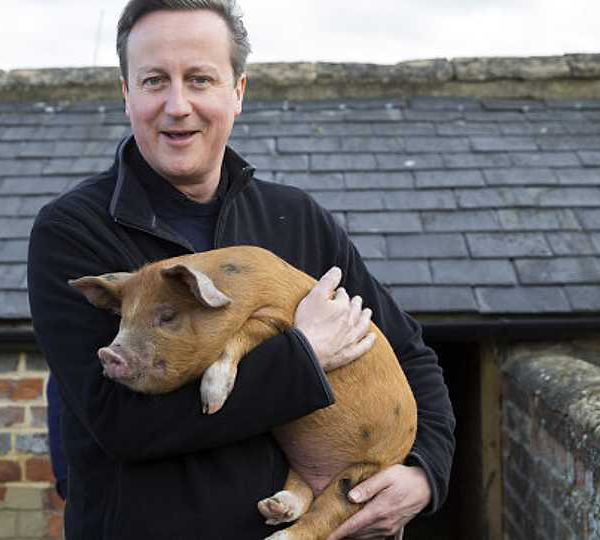 The Daily Mail published Lord Ashcroft's (unauthorized) biography of David Cameron, which alleged that, at Oxford, he took drugs (hey, we've all been young), listened to Supertramp (listen, we've all been young) and (remember we've all once been young) put his penis in the mouth of a severed pig's head while someone took a photo, as some sort of initiation into the Piers Gaveston Dining Club. Satire is dead; you could not make this up.[1]