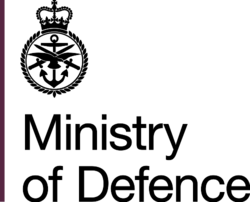 The Ministry of Defence (MoD) is the govt department responsible for implementing the defence policy set by Her Majesty's Government, and is the headquarters of the British Armed Forces.

The Defence Council is the body legally entrusted with the defence of the UK and its overseas territories and with control over the British armed forces. In practice, the Defence Council is a formal body, and almost all its work is conducted by the Defence Board. The 3 Service boards (the Admiralty Board, the Army Board and the Air Force Board), which are sub-committees of the Defence Council, meet annually for each service chief to report to the Secretary of State on the health of their respective services. Defence Council of the United Kingdom

Committees of the Defence Council

The DNO oversees all defence nuclear business, excluding operations. Its mission is to:

Oddly, there is no webpage, or even mention, of this body on Gov.uk - despite it having existed since 1987. One or two passing mentions of permits being issued, but that's all. search link

The Development, Concepts and Doctrine Centre is the Ministry of Defence's think tank. DCDC helps inform defence strategy, capability development, operations and provides the foundation for joint education.
Oddly, the DCDC is not listed as one of the bodies with which the MoD works.

The Defence and Security Media Advisory (DSMA) Committee oversees a voluntary code which operates between the government departments which have responsibility for national security and the media.

Website]
The DIO looks after the military estate, both in the UK and overseas. It is responsible for planning, procuring and managing the contracts that maintain the govt's Military Estate. Over the last 5 years DIO has been focussed on reducing the cost of maintaining its estate. In 2016 MoD published “A Better Defence Estate”, a strategy to reduce the footprint of the military estate in the UK by 30% by 2040. That strategy now forms the centrepiece of our programme of work – a programme that will reduce the size of the estate to one that is better suited to modern military need, improves the day to day experience for those who live, work and train on the estate, and that is affordable.ref So why aren't they selling the land to local authorities for housing? They're giving it away at rock-bottom prices!

Exceptionally, UKSF is not subject to parliamentary oversight, unlike MI5, MI6 and GCHQ. However, pressure is building to bring them into line with the rest of the military and the intelligence services.[2]