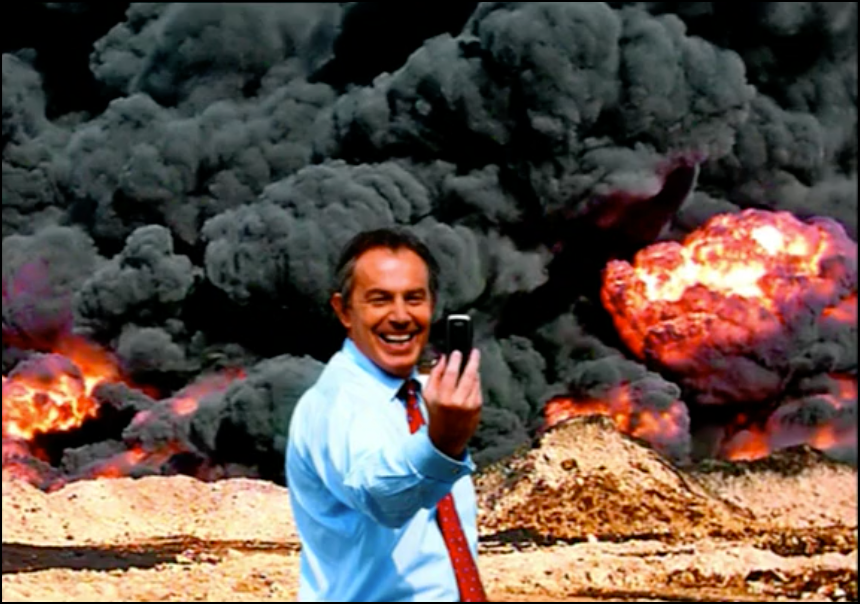 Blair loathed the Labour Party and found it "positively demeaning" having to mix with and pretend concern for ordinary people, many of whom actually worked for a living and some of whom were even poor. He hoped to liberate the Labour Party from its links with the trade union movement, which he believed had long outlived its usefulness, and to instead make it the party of the liberal super-rich. Labour would be turned into a British version of the Clinton-led Democratic Party, funded by the liberal wing of the ruling class... ref

Cartoon: "Tony of Shalott" Cash for Peerages; several nominees for life peerages (nominated by Tony Blair), were rejected by the House of Lords Appointments Commission. It was later revealed they had loaned large amounts of money to the Labour Party, apparently at the suggestion of fundraiser Lord Michael Levy. It all began to look a little shaky for Blair, rapidly diving in the polls. Feverish reports in the press suggested that he seemed to be about to sing his swan song. I can't honestly remember why I used Waterhouse's image of Tennyson's Lady of Shalott, but I think it was something to do with a pervasive feeling of Blair being up "Shitte Creeke" without ye paddle and of someone drifting off to death because of succumbing to temptation (money in Blair's case). An opportunistic knight in rusty armour, Gordon Brown, looks on from the bank, rather pleased.", link

Blair shut down an SFO inquiry into arms deals, Blair forced many through. SFO got to the brink of uncovering the secret Swiss bank a/cs that BAE was using to funnel money to the Royal Saudi family. Prince Bandar flew to London... and Blair swung into action, ordered the SFO to close down the investigation. Prince Bandar said if the investigation continued, they would withdraw national security cooperation, which would lead to "blood on the streets of London". See 44:45 on Shadow World.