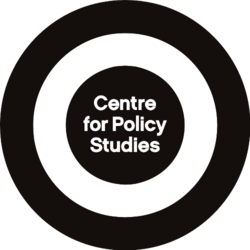 
Member of the Atlas Network

The Centre for Policy Studies is a Thatcherite business lobby group. It describes itself as "the home of the next generation of conservative thinking". Founded in 1974 by Margaret Thatcher's mentor, Sir Keith Joseph, its track record as a think tank includes developing such policies as the raising of the personal allowance, the Enterprise Allowance, the ISA, transferable pensions, and synthetic phonics. The CPS's main legacy is the bulk of the Thatcher reform agenda.ref

The CPS has repeatedly received money from Tobacco companies, and may continue to do so. In 2011, it co-signed a public letter calling on the govt to "call a halt to the relentless campaign to 'denormalise' smoking through an endless barrage of new controls, directives and diktats". ref, p.10

In 2013, the CPS published a report on Fracking whose authors appeared to have substantial conflicts of interest. ref
A 2015 report by the CPS calling renewable energy the “most expensive policy disaster in modern British history” was dismissed by experts as biased and analytically flawed. The CPS did not disclose who funded these outputs, or any of its other work.ref