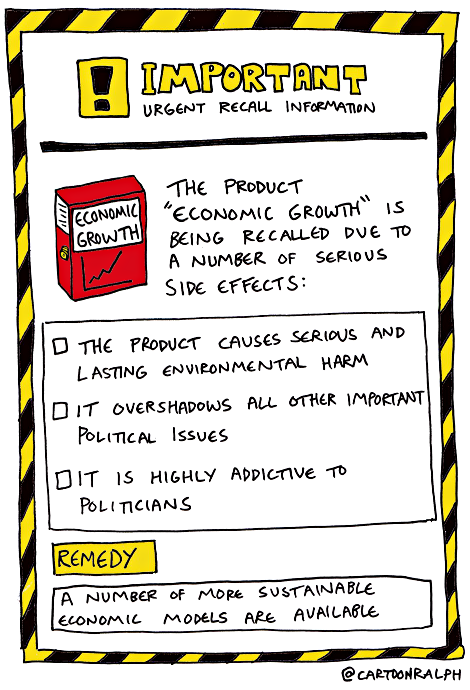 Thirty years ago, what dominated the environmental debate was the idea of "limits to growth" – the fact that industrial and economic growth would eventually be choked off by a shortage of resources. In the 1990s, environmentalism became "politically acceptable" because it dropped this fundamental objection to growth economics, and instead opted for green consumerism and sustainable consumption as the solution to our problems. In fact, the "limits" issue never went away; as demonstrated by recent scientific studies, it's been inexorably growing as a problem,ref ignored not just by mainstream society but also by large sections of the environment movement who felt it easier to convey a more pro-consumption message as part of their work.

Today, the "limits" issue is once more challenging the environment movement.ref That's partly because ecological limits are now destabilising the human system – most notably the plateau in oil production since 2005, which alerts us to the imminent decline in production over the next few years.ref
The economic crash of 2008 did more to reduce global carbon emissions than any "planned" measures implemented by govts or the UN. The historic data shows we have emitted 33% of the carbon over the entire Industrial Revolution since 1992, when the world's govts agreed that action was urgently needed – and 20 years of conference and campaigns since then have niether addressed that problem, or changed a thing.