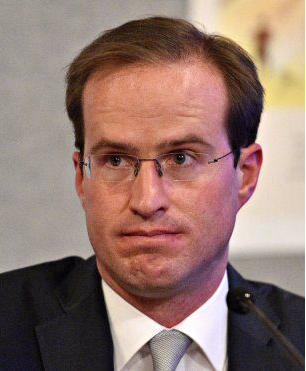 Former head of the Vote Leave campaign group, is also the co-founder and former CEO of the TaxPayers' Alliance, and now works as editor-at-large of Brexit Central, both organisations which work out of the infamous 55 Tufton Street. Elliott is also a senior fellow at the Legatum Institute, another free-market think tank which has provided extensive advice to the govt on Brexit issues. ref See also DeSmog

AV Referendum: "A year earlier, Elliott had run the winning "No" side of the referendum on the alternative vote with a message that had impressed Daniel Hannan with its bloody-mindedness. Rather than engaging with the principles at stake, Elliott had focused on the cost of changing the voting system – an impressive-sounding £250m – and sent dustbin trucks apparently heaped with money through the streets of Westminster." Behind in the polls at the start, "No to A/V" won with 67% of the vote.ref

Matthew Jim Elliott FRSA (born 12 February 1978[2]) is a British political strategist and lobbyist who has served as the chief executive of a number of organisations and been involved in various successful referendum campaigns, including Vote Leave.

Elliot was the founder and has served as chief executive of the TaxPayers' Alliance in 2004, Big Brother Watch and Business for Britain. In 2012, he was also a founding member of Conservative Friends of Russia.[3] According to New Statesman, "Elliott did attend a Conservative Friends of Russia reception in 2012 and a 10-day trip to the country, but said he had no further involvement."[1]

He has also seen success as a political strategist, acting as campaign director for the successful NOtoAV campaign in the 2011 Alternative Vote referendum. In 2015, Elliot became the chief executive of Vote Leave, the official organisation advocating for a 'leave' vote in the 2016 United Kingdom European Union membership referendum. He was described as "...one of the most successful political campaigners in Westminster today." [4]