Yıldız Holding is a Turkish conglomerate operating in 130+ countries, headquartered in Istanbul. The company manufactures food products as well as consumer goods, and has its own retail, private equity and real estate operations. It is amongst the largest food manufacturers in Central and Eastern Europe, the Middle East, and Africa.

Yıldız Holding has 49 product categories, 320 brands and thousands of different products, available in 130+ countries. The company operates through the following divisions:ref

Pladis's core brand is McVitie’s. The group also makes, markets and distributes other brands, including Ulker and Godiva, Carr’s, BN, Verkade and Go Ahead! Pladis is located across Europe, the Middle East, Africa, the USA and Asia Pacific. Products

Godiva Chocolatier is a renowned Belgian manufacturer of chocolates and related products, founded in 1926 in Brussels, Belgium, by the Draps family. Godiva owns and operates 600+ shops in the USA, Canada, Europe and Asia, and is available from 10,000+ speciality retailers.ref

Despite never airing a commercial in its entire history, Godiva is the 2nd-best known chocolate brand, with Ghirardelli and Nestle taking 2nd and 3rd places. Godiva's factory in Brussels undertakes production for the Japanese, European and Pacific markets, output of 6m kg per year. The US factory produces for the American market, output of 8m kg per year.ref

In Feb.2019, it was announced that Asia-Pacific (Japan, South Korea, Australia and New Zealand) retail and distribution licenses for the Godiva chocolate brand had been sold to MBK Partners Ltd, a North Asian private equity buyout firm. Godiva’s Brussels production plant is part of the deal. Yildiz was selling assets under the terms of a $6.5bn loan restructuring agreement. Godiva’s Japan unit is the largest of the businesses up for sale. Proceeds from the sale of the Asian assets will go toward Yildiz Holding’s debt restructuring, and to help Godiva expand in other markets.ref 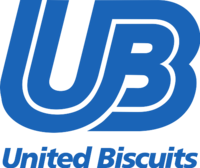 UnitedBiscuits.com
United Biscuits is a British multinational food manufacturer, makers of McVitie's biscuits, Jacob's Cream Crackers, and Twiglets, amongst others. The company was listed on the London Stock Exchange. In Nov.2014, the company was acquired by Yıldız Holding and is now part of Pladis.