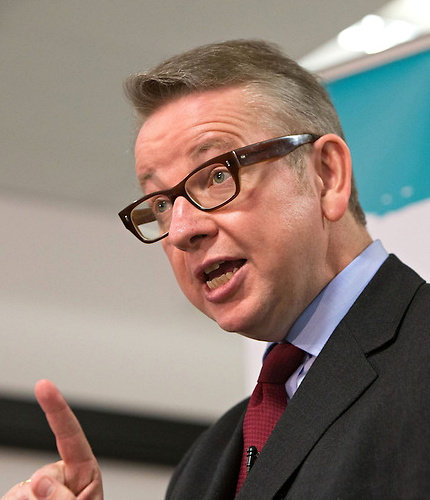 Leave, WhosInWhosOut
Mar.2018: “The opportunities available to us after the transition deal are critically important.”
Sept.2018: “We have shown flexibility in this process. We expect and hope and anticipate that there will be flexibility and compromise.”
Nov.2016: “There are some people who can’t get over the fact that the British people voted to leave the European Union and want us to have a transitional arrangement which is as close as possible [to the current arrangement].”
Apr.2016 “After we vote to leave the other (EU) countries will know that until a deal which suits us is reached we still retain a veto over their plans. So that gives us all the cards.” What they said then and what they’re saying now, The Times, Oliver Wright, Nov.16.2018.

Little Govey turns coat and decides that Boris is not up to the job of PM, but - here's a surprise - Govey reluctantly concludes that he is just the man for the job. His poll ratings among Tory MPs plummets. © Andy Davey