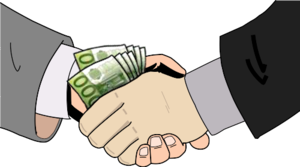 UK Electricity Production is an excellent website built by Jason Cartwright, @uk_electricity, which is tracking the decarbonisation of our electricity generation. ~25% of all the UK's CO2 emissions are from electricity production - it's one the largest sources of climate change causing CO2 next to transport and industry.

Since Thatcher's Electricity Act 1989, ownership and governance of energy companies has been mostly monopolised by private shareholders. However, there is no reason why publicly-owned energy companies cannot be set up and run - for example, Robin Hood Energy (Nottingham City Council), and Bristol Energy (Bristol City Council), which followed widespread publicly-owned energy models around Europe, which the Court of Justice of the European Union held could not be challenged. The Treaty on the Functioning of the European Union article 345 states the EU treaties "shall in no way prejudice the rules in Member States governing the system of property ownership.". ref The CJEU held nationalisation or privatisation is up to member states alone. Given the international evidence that publicly-owned energy companies are cheaper,ref there has been an increase Europe-wide of "remunicipalisation" of services.

This is why the govt wants smart meters. See also Elexon Portal, https://www.elexonportal.co.uk/news/latest, Elexon is the Balancing and Settlement Code Company for the electricity market. Market mechanisms of the Electricity Market Reform under the Energy Act 2013.

Grrrr. The entire concept of artifically enforcing a "competitive market" on a natural monopoly is a wonderful illustration of blind ideological faith cramming a square peg into a round hole.

Incorporated Apr.2016
Does not state its fuel mix anywhere on its website (Dec.20.2018)
Vision Holdings Ltd, holds shares in TE
Eddington Energy Supply Ltd mentioned in Charge, inc. Jul.2016.CH TE is the PSC as of Jun.2018, with Paul Richards and Geoff Guenther as joint shareholders.
Paul Richards and Geoff Guenther are also the only shareholders of Concord Energy Ltd, where they are described as Energy Consultants.CH
Customer reviews for them are wonderful.

OneSelect is a new entrant in the UK energy market, but our team has wide experience of gas and electricity supply having launched Energieflex on the Dutch market in 2014. Energieflex is now a major supplier in The Netherlands, and OneSelect is offering the same mix of great pricing, excellent customer service and innovative products in the UK.ref OneSelect Ltd, CH Oddly enough, EnergieFlex.nl has disappeared, too. Last seen on Dec.08.2018.

Nov.25.2018: Extra Energy Supply Ltd has ceased to trade and Ofgem, the energy regulator, has appointed Scottish Power as the new energy supplier for any existing Extra Energy customers.ref

Future Energy was an integrated energy and supply services company which delivered energy to the North East of England. "The people of the North East have been paying too much for their energy supply. We want customers in our region to save on their energy. That’s why we offer low prices, fair and transparent billing and a chance to talk to a Community Energy Champion to improve energy efficiency in your home. Where we can, we will purchase our energy from renewable sources, particularly for our programme to charge storage heaters." archive.org, archive.org

Launched Jul.2017. ref "National Gas and Power is a new energy supplier with a fresh attitude towards energy. Our mission is to generate outstanding cost savings for businesses." ref

Good infographic here, "Understanding the Grid: How electricity gets from a power plant to your home". See also Electricity regulation in the UK. Energy infrastructure in the United Kingdom

, Power stations in the United Kingdom

, Lists of power stations in the United Kingdom

, Category:Power stations in the United Kingdom

District Heating networks power entire estates by sending hot water and steam via insulated pipes from a central generator. District networks use 90% of the generated electricity and waste energy can be recycled. The system is supposed to point the way to a greener future and has the enthusiastic backing of government. But any company can set itself up as a District Heating supplier without a licence, and a full list of those in operation is not yet publicly available. The developer selects the supplier, and receives a commission or other benefit in return for a contract to supply the development for a minimum of 25 years. For example, E.on has an 80-year contract to supply Cranbrook, a new town in East Devon. Once a resident has bought their property, they are locked into a monoply. They aren't allowed to fit solar panels or heat source pumps and, whether or not they use their heating, remain liable for standing charges which include maintenance and repair of the infrastructure.

2016: District Heating Networks in the UK: Analysis of information request, January 2016. There are an estimated 2,000 heat networks in the UK and this number is set to grow... Some are owned and managed by Local authorities, others by a third party.

The Heat Trust is a voluntary consumer protection scheme developed by the Association for Decentralised Energy (ADE) with input from industry, consumer groups (including Citizens Advice) and government. The scheme is managed by Heat Consumer Protection Ltd, a wholly-owned subsidiary company of ADE (sponsors of the scheme) and officially launched for registrations on the 25th November 2015. We asked suppliers if they would consider joining the scheme when it launched and while the overwhelming majority (76%) said they would it still left a lmost a quarter of suppliers stating that they would not join the scheme. http://www.heattrust.org/index.php/the-scheme 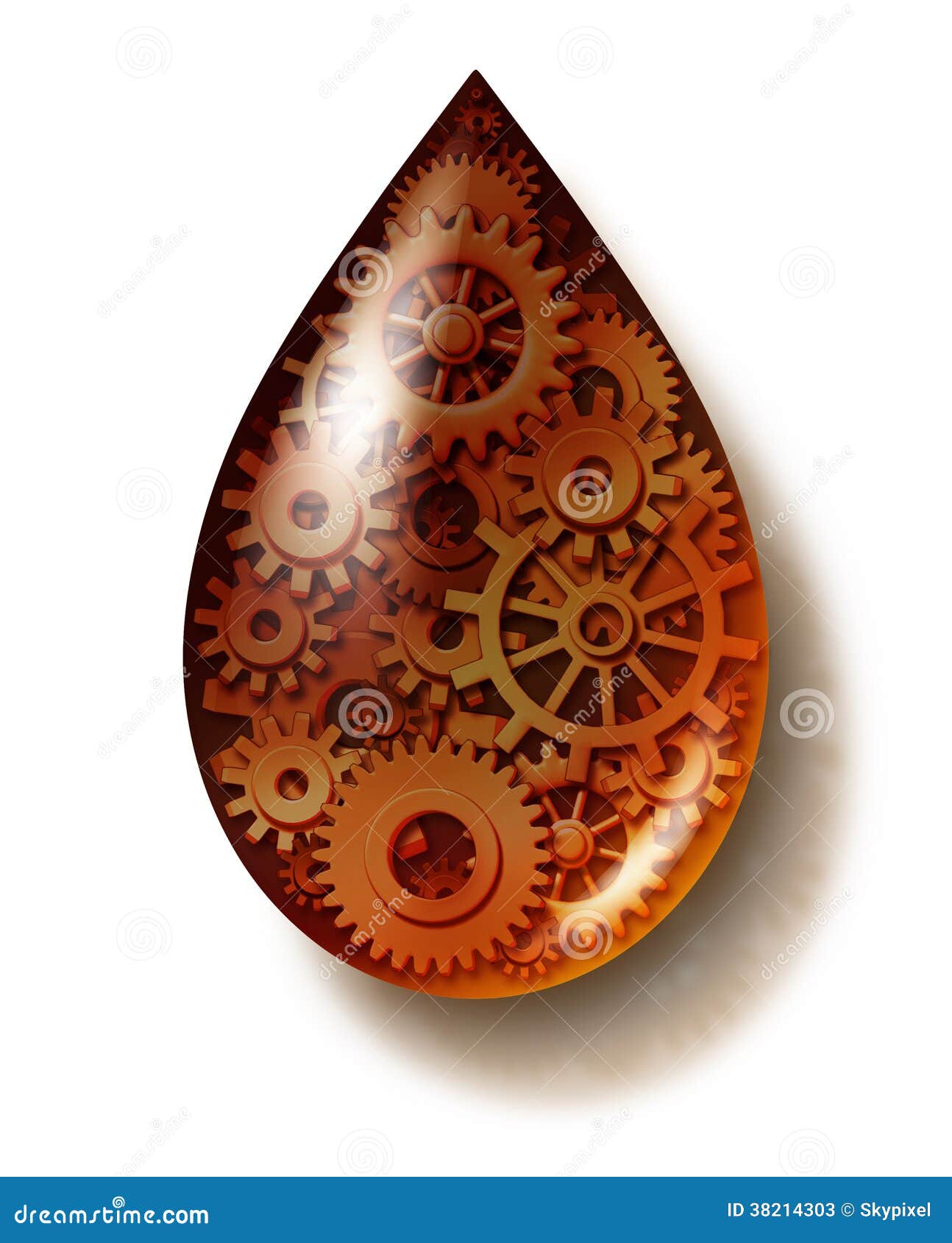 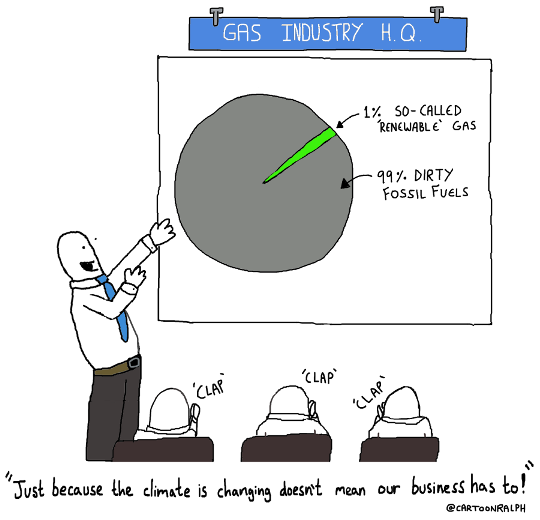 Gas is not a low-GHG fuel. Due to leakage, natural gas is the largest source of global methane emissions; it is a GHG with atmospheric warming 80 times greater than carbon dioxide.ref Additionally, gas development is often interconnected with oil development.

GrDF has teamed up with WWF France for the next 3 years to define what ‘sustainable’ biomethane production could look like,[ref1] a task which if not done properly could put biomethane in competition with food crops or forests and lead to land grabbing and deforestation (as happened with biofuels). WWF has a chequered past in this area, having worked previously on controversial certification projects such as the Round Table on Responsible Soy (RTRS), alongside Monsanto, which was the EU’s first accredited biofuels scheme and ultimately led to deforestation and land-grabbing.[ref2] Moves by the Dutch govt away from fossil gas has seen increased interest in hydrogen from North sea offshore wind. Leading the way is not industry, but Greenpeace Netherlands, who initiated the Hydrogen Coalition (Waterstof Coalition).[ref5] It brings together electricity and gas grid operators, energy-intensive industries, and a few other green NGOs, and is lobbying the Dutch govt to support ‘green hydrogen’ by aiming for 3 gigawatts of power-to-gas electrolysers by 2030.[ref4] Greenpeace Netherlands is aiming for 100% green hydrogen from excess wind energy, but other gas industry members of the the coalition like Gas for Climate’s Gasunie are still lobbying for hydrogen from fossil gas. The Dutch govt’s recent 2050 hydrogen roadmap also relies heavily on fossil gas.[ref3]
ref1: Sept.18.2018: GRDF, Press Release, GRDF noue un partenariat avec le WWF France pour accélérer le développement du gaz renouvelable durable’, https:/www.grdf.fr/espace-presse/communiques-de-presse/partenariat-avec-le-wwf-france
ref2: 2018: CEO et al, The Round Table on Irresponsible Soy: Certifying soy expansion, GM soy and agrofuels, http:/archive.corporateeurope.org/docs/soygreenwash.pdf
ref3: Oct.25.2017: Euractiv, Special Report: Renewable Gas, https:/www.euractiv.com/section/energy/special_report/renewable-gas/
ref4: Jun.01.2018: European Hydrogen and Fuel Cell Association, Monthly Update, "Triple" Dutch Giga Hydrogen Coalition takes off, http:/www.h2euro.org/latest-news/hydrogen-hits-the-roads/dutch-giga-hydrogen-coalition-takes-off/
ref5: May.2018: Greenpeace NL, WATERSTOF ESSENTIËLE BOUWSTEEN ENERGIETRANSITIE: MANIFEST WATERSTOF COALITIE, https:/storage.googleapis.com/planet4-netherlands-stateless/2018/06/Manifest-Waterstof-Coalitie.pdf

Biomethane is produced by the breakdown of organic material such as food waste, manure, sewage and crops by Anaerobic Digestion (AD) in the absence of oxygen.
BioSNG (Bio Substitute Natural Gas) is a low carbon methane produced by the gasification of residual household waste.
Hydrogen is recognised as a potentially important part of the future energy mix. There are two ways hydrogen could be used; either blended with natural gas, or as a complete substitute for natural gas. The latter would require appliances to be replaced.ref The uK is going big on hydrogen, developing city-wide pilot projects in the North of England with Equinor. However, it intends to source the hydrogen from fossil gas (with CCS), which is why it didn’t sign up to the renewable electricity-only Hydrogen Initiative Declaration.ref, p.9

Batteries with cobalt-based chemistries typically have the highest energy gensities, which is why they are used in the Tesla Powerwall (7kg), the Tesla Model S car (22.5g). The Cobalt Supply Chain

The Two High-Growth Sectors That Could Outperform Tech: Battery Metals and Cannabis: http://www.visualcapitalist.com/high-growth-sectors-outperform-tech/